Around the World in a Day: Team Gear for Disney’s Food + Wine Festival at EPCOT 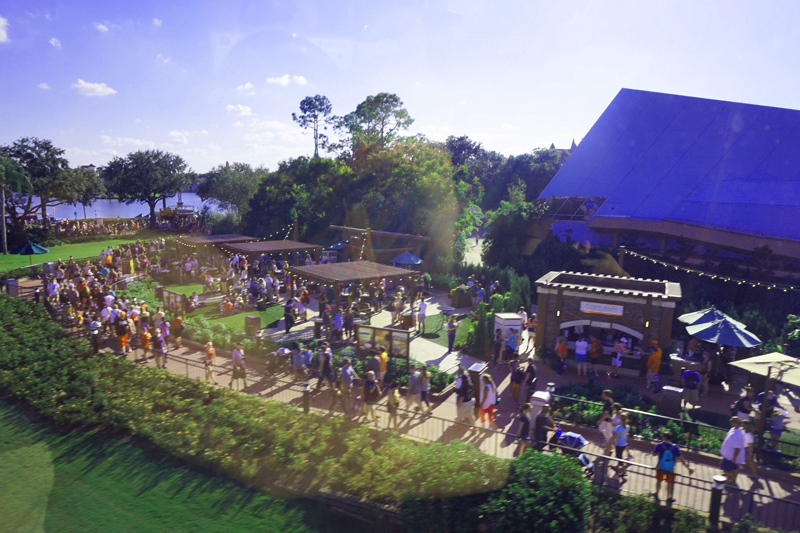 One of the top un-official Disney “Must Do’s” at EPCOT in Walt Disney World, Orlando Florida is drinking, I mean “tasting,” Around the World.

END_OF_DOCUMENT_TOKEN_TO_BE_REPLACED 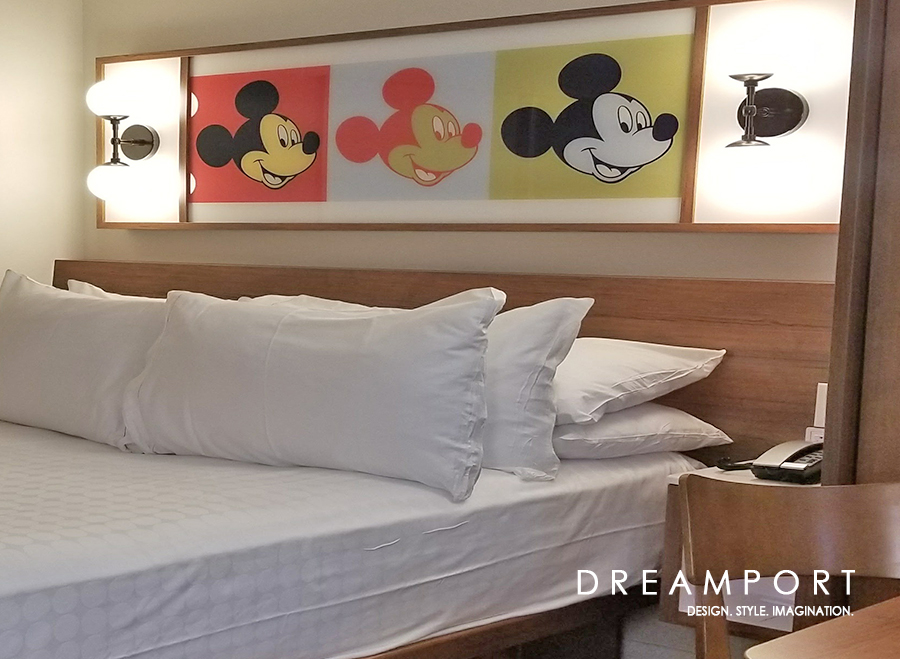 This year, Disney surprised us Disnerds by announcing plans to build the SKLYINER gondola transportation system in Walt Disney World, Orlando. This system will link the Caribbean Beach, Pop Century, Art of Animation, and the new Riviera Resorts with both Hollywood Studios and Epcot.

The Riviera promises to be mostly high-end, Disney Vacation Club (DVC) property with a rooftop lounge for fireworks viewing, a la Top of the World in Bay Lake Tower. But besides Riviera the choices on the SKYLINER route seemed curious at first, until other WDW Magic board insiders announced this was the first phase by Disney to blur the lines between hotel categories and do away with the “value,” “moderate,” and “deluxe” labels altogether.  Of course, by doing away with the tiered  labels, this would open the door for Disney to charge more for their prominent value resorts—Pop Century and Art of Animation. 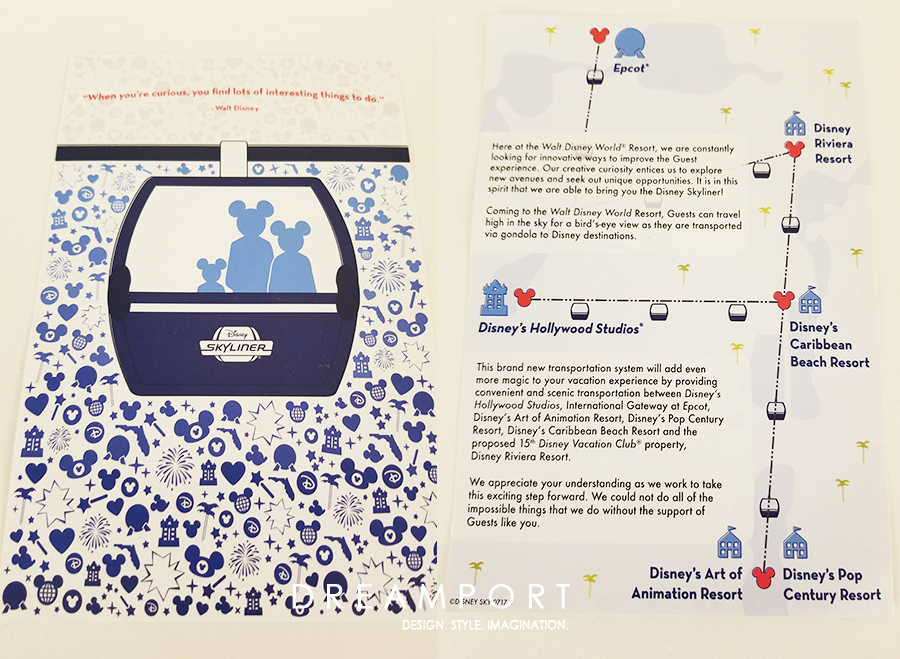 With this first phase out underway, Disney has begun a total renovation of the Pop Century rooms. For those unfamiliar with Pop Century, it was Disney’s second foray into the value resort category, after the huge (over 6,000 rooms) and sprawling All Star Resorts opened on the western end of the property.

The first section of the resort, “The Classic Years,” opened in late 2003. It consisted of approximately 2,800 rooms in basic motel style buildings that my mother-in-law described as Russian prison chic.

To get away from the prison chic, Disney themed these building with huge, colorful, pop culture icons representing the last five decades of the 20th century. Initially, The Classic Years were to be followed by The Legendary Years representing the first five decades of the 20th century. Due to the economic downturn of the early 2000s that followed 9/11, this section sat  as partial cinder block buildings until in 2010 when Disney decided to finish these as the Art of Animation Resort, their third value resort.

IS IT WORTH IT?

You want to know are the renovations to Pop Century successful– enough so to justify any increase in price Disney may charge in the near future?

OUTSIDE
The first two buildings renovated are the 1980s and 1990s. Outside, the look is exactly the same. Our building was a basic motel building painted teal blue and themed with rollerblade icons, sans balcony, with outside corridors. Inside, however, almost everything has changed! 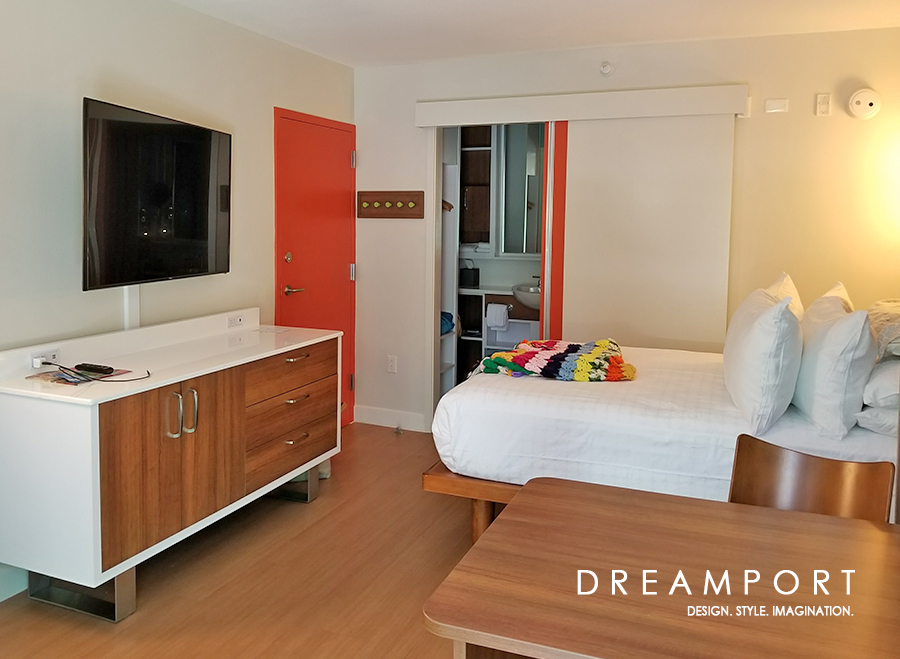 No More Carpet:   I immediately noticed the absence of carpet. All flooring is now laminate wood, in a kind of golden oak (pun may or may not be intended) color, with modern white moulding. The wood tones dominate along with the colors of orange and white; everything looks very modern, very IKEA-like. In fact, the new interior design is somewhat reminiscent of Universal Studio Orlando’s Cabana Bay Beach Resort mid-century modern, which ironically was Universal’s answer to Pop Century.

Transforming Furniture:  The rooms are far more attractive than in their previous iteration. The small tables previously in the room have been replaced by Murphy bed furniture of sorts; the the second bed in the room, when not in use, can be folded into the wall cabinet to form a large rectangular new table.

Major Caveat No.1:  My wife and I loved this configuration as a couple. However, this may make for a very crowded room with a family of four. Also, when folded down you effectively lose the table, which I always use as a catch all when returning from the parks. Even though the rooms are better designed, more functional, and much more attractive, they are still only approximately 260 sq. ft.– still a tight squeeze.

Killer Artwork (and TV):  The artwork in the room has been replaced by a Warhol-esque Mickey Mouse light box above the bed. This, along with the other fixtures, provided more than adequate lighting. The TV is massive for a room of this size, I would estimate 50-55 inch. For perspective, it looked to be about double the size of the TV in my brother-in-law’s room in Bay Lake Tower.

Super Storage:  On to the bathroom/vanity area where the changes are both extreme and extremely successful. This area, like the rest of the room, has ample new cabinet and storage space. In addition, the curtain that separated the room from the vanity area has been replaced by a sliding door—a huge upgrade, as now you can get ready early without disturbing others in the room. The bathroom also has a sliding door, an automatic fan and the shower now has a rain fixture with a sliding glass door replacing the previous curtain.

Major Caveat No. 2:  The bath/ vanity area remodel caveat is once again—space. With only one sink, my wife and I found we were getting in each other’s way while getting ready. Other than that, the remodel in this area is a huge upgrade. Also, upscale Disney H2O+ soaps and shampoos were provided.

Other Amenities:  The new mattress and bedding are a huge step up from the previous; both are super comfortable. There is still a fridge in the room; this new version has a clear door, which helps to see what’s inside and looks nice, but I found I missed the door storage. There is also a microwave and for the first time—a coffee maker. The pantry area has plenty of shelves for storage, especially great for snacks, fruit and other beverages you bring yourself. Again, this area is much better than before. 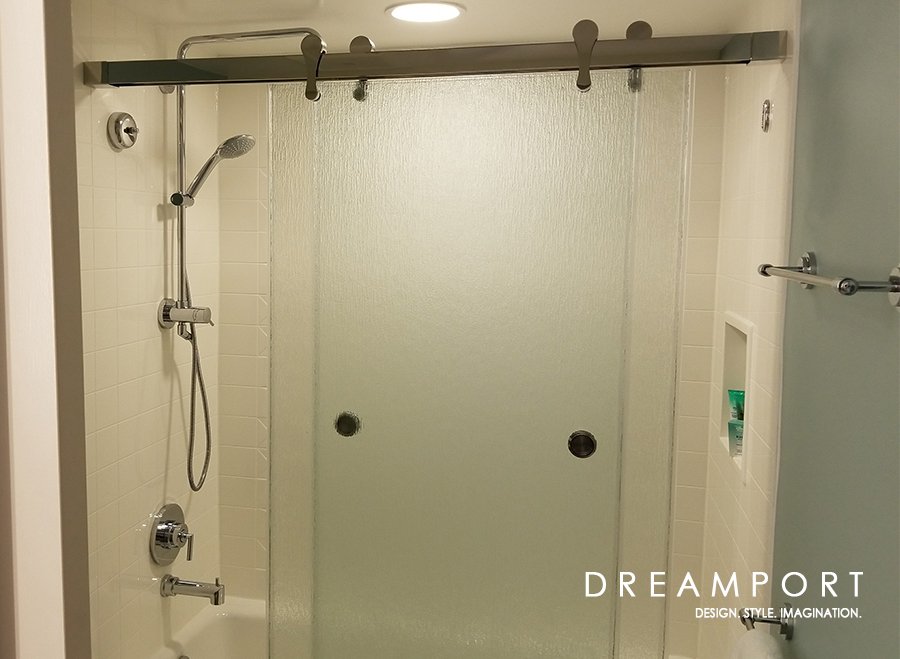 FINAL THOUGHTS
So, is the room remodel a big enough upgrade that Disney can charge more? YES.

The room is still very small, but the upgrades have helped enormously. The problem, however, lies with the resort itself. The amenities at Pop Century Resort are spartan to say the least compared to other Disney resorts:   Minimal theming. No sit down restaurant or lounge in the main building. Pools that are basically unthemed, with no slides. Unless these things improve as well, Disney is going to have a hard time raising the price of this resort, SKYLINER or not.

Perhaps there are plans, as there is a current rumour of a sit down restaurant planned for the All Stars Resort, but until then, Universal Studio Orlando’s Cabana Bay will set the standard for value resorts in Orlando.

Watch my walk through
Please keep in mind, this is my FIRST video walk through.
Yes, I know now NOT to flip the camera.